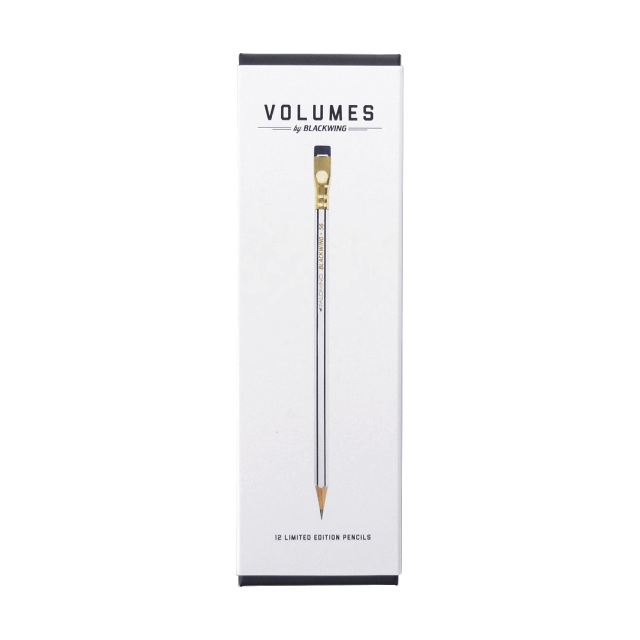 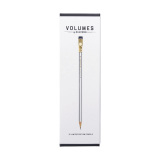 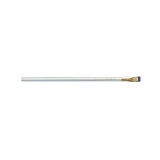 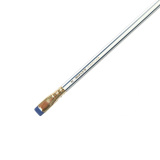 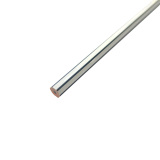 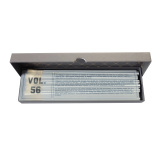 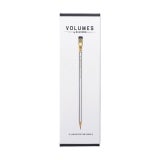 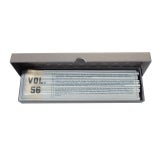 **This limited release is no longer available.**

The 56 is the fifth pencil in Palomino's Volumes series. It's named after the famous 56-game hitting streak of Joe DiMaggio, one of the¬†greatest baseball players in the history of the game. DiMaggio lived from November 25, 1914 to March 8, 1999 and was a New York Yankee for his 13-year career.

Volume No. 56 has a white barrel with blue pinstripes,¬†resembling DiMaggio's Yankees uniform. Add a gold imprint and eraser holder, plus a blue eraser, and you've got one of the sharpest looking Blackwings to date. It's sure to be a favorite among baseball fans and pencil fans alike.

Sold out
Not Available
​Palomino Original and Palomino Blackwing represent the highest quality brands available from the California Cedar Products Company, the history of which dates back to the mid-19th century. Palomino utilizes genuine California incense cedar which is sent to Japan where the pencils are produced using some of the best Japanese graphite in the industry.

After the initial success of Palomino's graded graphite pencils, Cal Cedar was able to revive the legendary Blackwing pencil. The Blackwing was originally a Eberhart-Faber pencil that had been discontinued and later obtained cult status as pencil aficionados were paying exorbitant amounts at auction for dead stock. The Blackwing had gained a reputation as the pencil of choice for Grammy, Emmy, Pulitzer and Academy Award winners, and now they have become available to a whole new generation of creatives.