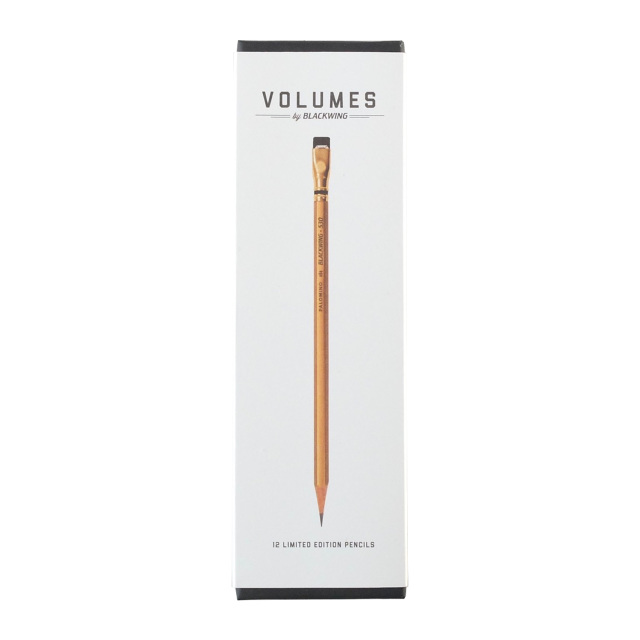 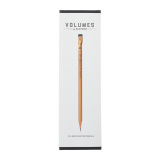 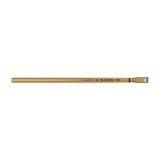 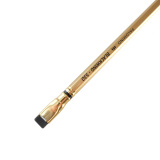 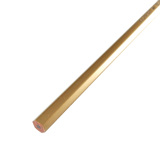 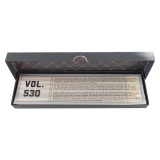 The 530 is the seventh pencil in Blackwing's limited Volumes series. The shimmering gold barrel and ferrule draw inspriation from California's storied 1848 Gold Rush. People of all walks of laugh abandoned what they were doing to head for Northern California and the promise of riches. Without this discovery, it is unlikely California would have developed as it has, becoming the most populous and richest state in the United States, including Silicon Valley as a world hub for technological inovation and Hollywood as the world's hub for entertainment.

Just as the early Californians rejoiced in striking gold, Palomino hopes this striking design would help creatives around the world have their own eureka moments. The gold barrel contains a black imprint that pairs perfectly with a black stripe on the ferrule and black eraser. The 530 is only the second Blackwing to receive Palomino's extra-firm graphite.

Sold out
Not Available
​​Palomino Original and Palomino Blackwing represent the highest quality brands available from the California Cedar Products Company, the history of which dates back to the mid-19th century. Palomino utilizes genuine California incense cedar which is sent to Japan where the pencils are produced using some of the best Japanese graphite in the industry.

After the initial success of Palomino's graded graphite pencils, Cal Cedar was able to revive the legendary Blackwing pencil. The Blackwing was originally a Eberhart-Faber pencil that had been discontinued and later obtained cult status as pencil aficionados were paying exorbitant amounts at auction for dead stock. The Blackwing had gained a reputation as the pencil of choice for Grammy, Emmy, Pulitzer and Academy Award winners, and now they have become available to a whole new generation of creatives.